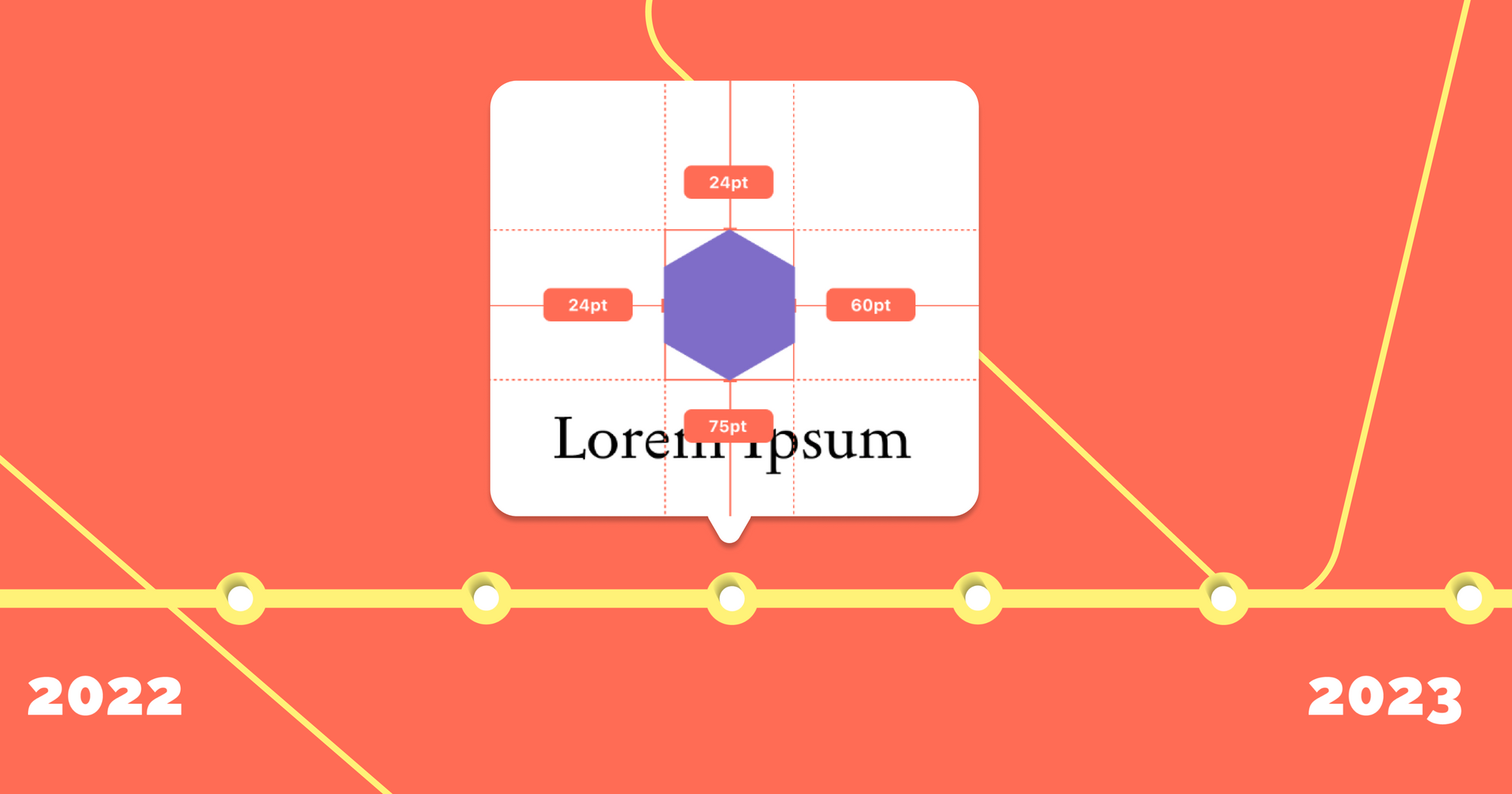 What Are Design Systems?

Fundamentally, design systems are libraries of design tokens, styles, components and assets that can be reused throughout a project or even multiple projects. These design system elements are often presented with use cases and code snippets, forming clear documentation that shows designers and developers how to use them in a project. Design systems can even contain documentation that explains the processes for maintaining and contributing to the design systems themselves, in addition to general design guidelines.

What Do Design Systems Contain?

Considering the fact that design systems evolved from style guides, it should come as no surprise that 98% of them include color styles, text styles and other types of styles (according to Sparkbox’s design system survey, released in 2022).

Similarly, 95% of design systems include components thanks to the popularity of UI kits once upon a time, which often included style guides or were built upon them.

Since it’s difficult to reuse styles and components without knowing when and how to do so, 95% of design systems include documentation. The idea of documenting styles and components was first conceptualized with the introduction of pattern libraries, which are considered to be the predecessor to design systems, not only showing off the design elements but atomically detailing their meaning, purpose, and implementation too.

57% of design systems include accessibility guidelines, 45% include content guidelines, 42% include experience design principles, 41% include release information, 34% include code playgrounds for toggling component properties and 19% include animation guidelines. The guidelines are perhaps not specific enough for design systems, so their inclusion may come down to personal preference and therefore may not become more popular over time.

85% of design system users are creating, reviewing and maintaining them, whereas the other 15% are only subscribed to them (these are likely the same 15% that are leadership management).

Which Processes Are Involved in Design System Management?

Although design systems are maturing in terms of what they contain, the processes for creating and maintaining them aren’t, so this might be what the product design industry will focus on improving next.

Only 61% of design system users say that there’s a process for contributing to their design system, a statistic that could certainly be better. Similar statistics are even worse, with only 44% having a process for deciding which features to add, 44% having a roadmap of upcoming features, 37% offering training and support to contributors, 30% having an onboarding process and 16% using analytics to gauge satisfaction levels and usage.

Is this lack of governance and support a big deal? To find out, we first need to know how effective design systems actually are.

Given the information we have, it’s not likely that design systems will (or need to) evolve much more than they have done already. Rather, product teams need to do better at creating and maintaining them. The upside is that the design community is extremely passionate about sharing their design system experiences and best practices. If you’d like to learn more about design systems from community leaders, check out Into Design Systems’ The Future of Design Systems Conference.

Sympli Design Systems are your single source of truth for all things design and code, so you can be sure that everything in your Sympli design system is final and up-to-date. Whether you’re using Figma, Sketch or Adobe XD, use the Sympli plugin to sync your text styles and color styles to your Sympli design system. After that, you can document your spacings, sizes, base font size and grid settings manually, as well as upload your fonts.