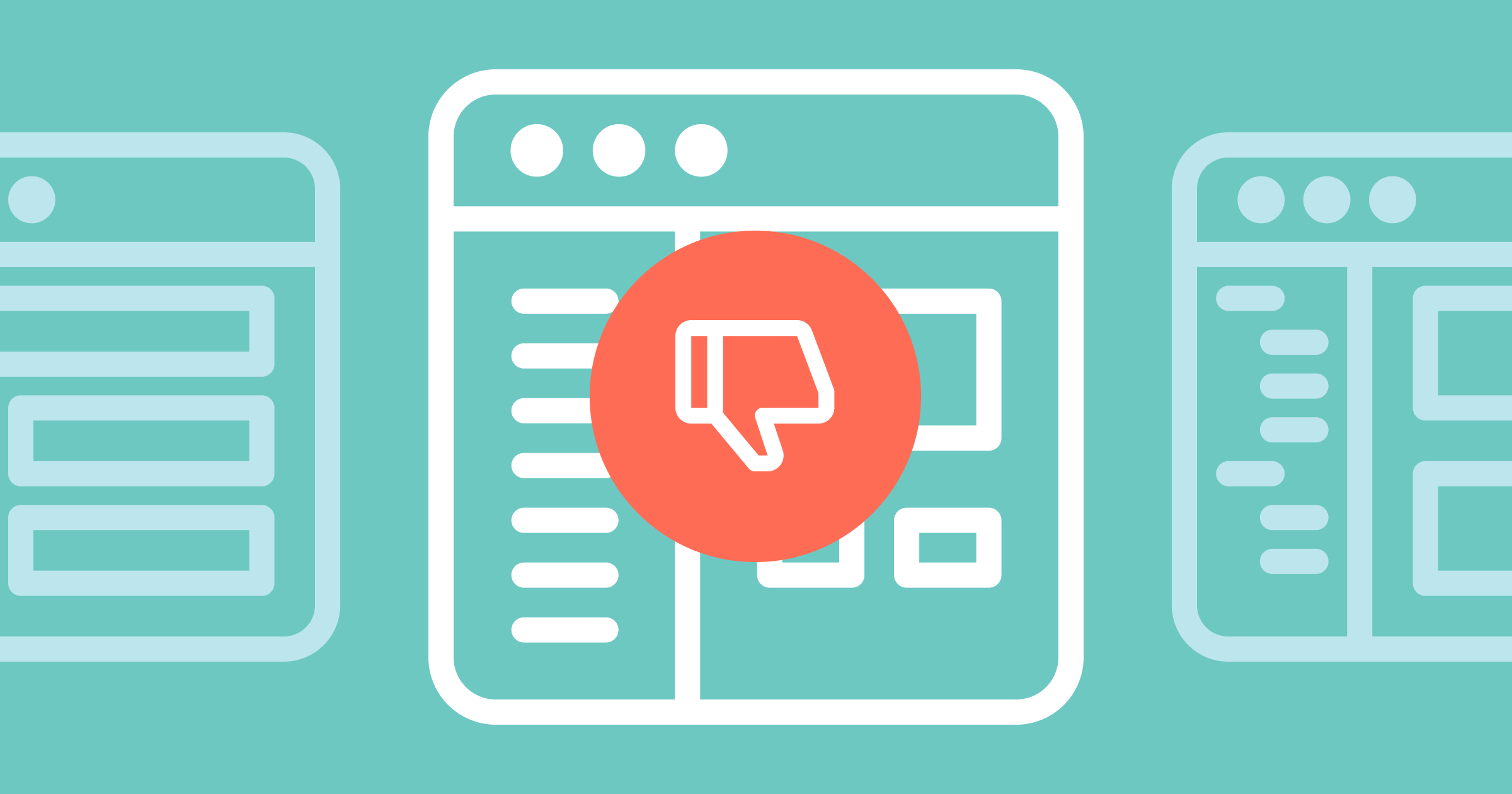 Some of the worst UI design trends manage to stay relevant despite widespread criticism. Some of them, such as neumorphism, seem to thrive on creative showcase websites like Dribbble but never make their way into actual apps and websites. There are others, however, that frequently appear in the wild and they often have a negative impact on user’s experiences.

Let’s take a look at three of the worst UI design trends.

Rotated text is hard (or in some cases impossible) for users to read, making it an extremely bad design choice, especially where accessibility is concerned. Since there are already many ways to be artsy and creative while still being able to offer a terrific user experience, this UI design trend is completely unnecessary.

Speaking of unnecessary, a UI design trend that frustrates users quite often is the unnecessary use of a hamburger icon/hidden menu. While it can make layouts appear less cluttered, it often comes at the expense of usability since it forces users to click more than they should need to. Hamburger menus can also reduce discoverability, ensuring that some menu items remain unfound (as the saying goes, “out of sight, out of mind”).

Hamburger menus should be used to store less important menu items, to save space (especially for mobile layouts) and to reduce initial cognitive load. In all other cases, hamburger menus are a hindrance.

Scroll jacking means changing the default scroll behaviour of the web browser. While there are some scenarios where scroll jacking can be useful, it’s usually used incorrectly.

The first, worst and most common type of scroll jacking involves increasing the scroll’s momentum, which is widely regarded as a horrid experience due to bugs and the fact that users never expect it.

Another type of scroll jacking is scroll snapping, which is now natively supported by web browsers and considered more acceptable. Scroll snapping results in the scroll position snapping to the closest predefined region once the user releases their touch.

If used incorrectly (i.e., to swipe through content-heavy sections), scroll snapping can result in users experiencing animation jitter, bugs, cut-off content or being totally unable to move to the next section.

Instead, use scroll snapping modestly, for example to help users swipe through gallery items horizontally.

Handoff isn’t just about design-to-code; it’s also about making design more democratic. When everybody has a say, the risk of making bad design choices is much lower.

Use Sympli Handoff for design reviews to make and resolve contextual comments and confirm functional viability with developers. This helps to ensure that bad design choices don’t make it to the development stage.